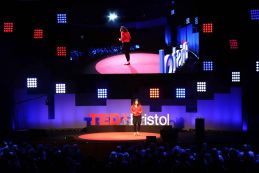 Bristol based Utopium illuminated TEDxBristol as influencers from all over the world took to the stage to inform and inspire attendees. Now in its fifth year, TEDxBristol is one of the largest TEDx events in the UK and attracted over 4,000…

Utopium has invested in next generation lighting equipment to ensure it is offering clients the highest quality performance and energy efficiency. A notable addition is the SGM G-4 Wash fixtures. The G-4 is a compact DMX-controlled, high-p…

The festival saw performances from comedians such as Frankie Boyle, Sarah Pascoe and Phil Wang, and was illuminated by Bristol-based lighting company Utopium, who this year utilised a number of new additions to their equipment list. Utopiu…

Utopium supplied a range of lighting, rigging, screens and cameras to an expanded Grillstock Festival as it returned to Bristol for a weekend of meat, music and mayhem, 1-2nd July 2017. Thousands of meat-hungry revellers soaked up the sun…

Utopium illuminated Bristol Sounds, as it headed to Lloyds Amphitheatre for four nights of impressive live music, 21-24 June 2017. Welcoming acts such as Bonobo, Manic Street Preachers and Craig David, the event which was previously named…

Utopium worked with Evans Audio Visual to help transform the University of the West of England for the UK and Ireland Finals of the FIRST LEGO League Challenge: ANIMAL ALLIES, February 2017. Hundreds of aspiring young engineers and roboti… 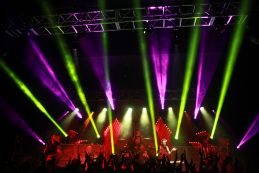 Utopium Shine a Light on Sum 41 in Bristol